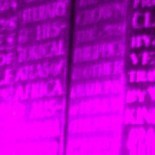 Paul Kelly – How to Make Gravy

In his book In Sunshine or in Shadow, Martin Flanagan says of Paul Kelly:

The generation of singer-songwriters of which he is the best known member are to the 1980s and ‘90s what the Bulletin poets were a century before, the people who travelled this land, collecting its stories, and singing them into the consciousness of the people.

This comparison resonates with me, but I would go one step further. Australia owes a lot to the Bulletin poets, (I owe them a fair chunk of my degree) but what the Bulletin poets missed, that Kelly and his contemporaries embrace, is a view of Australia wider than the white, Australian male view of mateship and the bush. I love the Bulletin poets, and let’s not forget that they weren’t all men, but what I love about Kelly and the like is the inclusion of a female and an Indigenous history in our story.

I have seen Paul Kelly live a few times, and one of his performances will stick with me for a long time. At the 2009 Sound Relief concert, in aid of the Victorian bushfires, Paul Kelly performed Leaps and Bounds to a full M.C.G.  I will never forget the moment where the Victorian audience, already high on emotion screamed in unison as Kelly sang:

I’m high on the hill
Looking over the bridge
To the M.C.G.
I knew that Kelly’s music was well within our collective psyche, but as I looked around and saw the range of age and (perceived) class I began to realise just how much some of those images have become “ours”, the stories well and truly sung into our consciousness. (The same occurred with Midnight Oil later in the night with some young audience members singing lyrics with very confused faces as they watched Peter Garrett dance.)

Last week I had the opportunity to see Paul Kelly in conversation with Robert Forster. The occasion was to mark the publication of Kelly’s ‘mongrel memoir’ How to Make Gravy. The memoir stems from what was originally to be album notes. In 2004 Kelly performed at the Spiegel tent what was to be a one-off show of 100 of his songs performed over 4 nights in alphabetical order. The memoir is structured in the same manner, an A-Z of Kelly’s life using his songs and mixing his memoirs. The book can be purchased alone, or with the inclusion of a recording of the songs.

Last week’s event organised by the Wheeler Centre was a fantastic chance to hear Kelly talk about writing memoir, poetry and short story. I was surprised to learn that his song writing process involves finding the music first, while humming along with gibberish, and the lyrics evolve after. I knew that most musicians do this, but the poetic nature of Kelly’s works made me assume that this was different for him.

Some other interesting things I learned were:

The question of the night was posed by a man in the audience: “Where are the characters from To Her Door now, 15 years later?” Besides me being insanely jealous that I didn’t come up with that question myself, I understood the answer from my own writing experience. Kelly replied that he is still around, he cited Love Never Runs on Time and How to Make Gravy  – he said “sometimes you don’t know it’s him, but you just have to watch the way he walks.”

Martin Flanagan’s words ran their way through my head the days following the event. I hope that in a hundred years time Australian’s study Kelly’s lyrics, the way that we study the Bulletin writers. He will provide a great analysis of our national psyche.

One comment on “Paul Kelly – How to Make Gravy”